It’s official: I need a waterproof camera. When Monsieur and I were caught in a Sicilian deluge in the little town of Trapani, I couldn’t help myself; I kept on snapping. Even in the grey of the downpour, shooting Trapani’s buildings was worth getting a little wet. Or so I thought. Meanwhile, Monsieur’s camera stayed safe in a dry pocket. Ah, such wisdom.

Everything seemed fine until we got back to the hotel that evening. I tried to take a shot of our room, only the LCD screen on my trusty little Canon Powershot SD870 IS started to act up. First it went pink, then dark, bit by bit, kind of like those black spots that appear before your eyes just before you pass out. Then there was nothing. The lens was open but no one was home. The screen showed nada. Oh, hell.

Taking my camera to hospital was definitely in order, but we wouldn’t be able to do that until we got to Taormina the following evening. And that evening would be New Year’s Eve, so I was likely to be without the ability to photograph anything until the New Year rolled round, IF I could even find a photographics shop that was open over the holidays. Monsieur scolded me. “You shouldn’t have used it in the rain. It’s probably got water in it and that’s going to take a while to dry out.” Bummer.

Periodically, I’d get the camera out and try, try, try to get some sort of image on the screen. Sometimes I was rewarded for my efforts, but everything would appear tinged with a strange purply pink before going dark after a mere few minutes of action. Still, some of the shots turned out quite interesting, so I kept them. Here are some shots of Sicily through rose-tinted lenses. 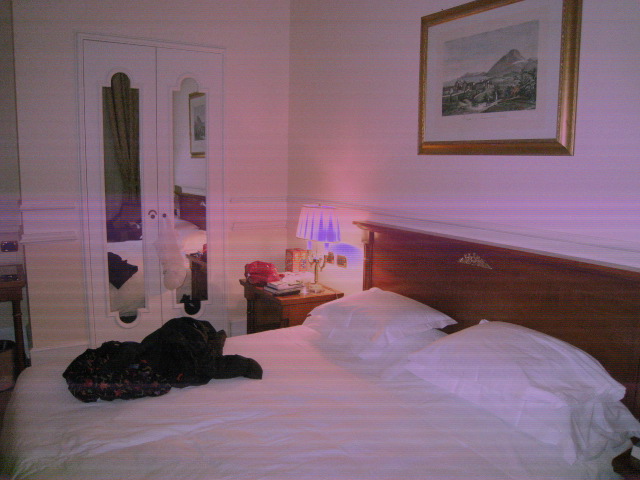 This was our room, with Amityville lampshade, at the moment when I realised that something was wrong. 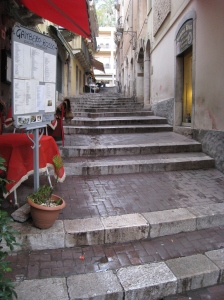 In Taormina, things seemed to return to normal, for a moment or two. Then suddenly, THIS: 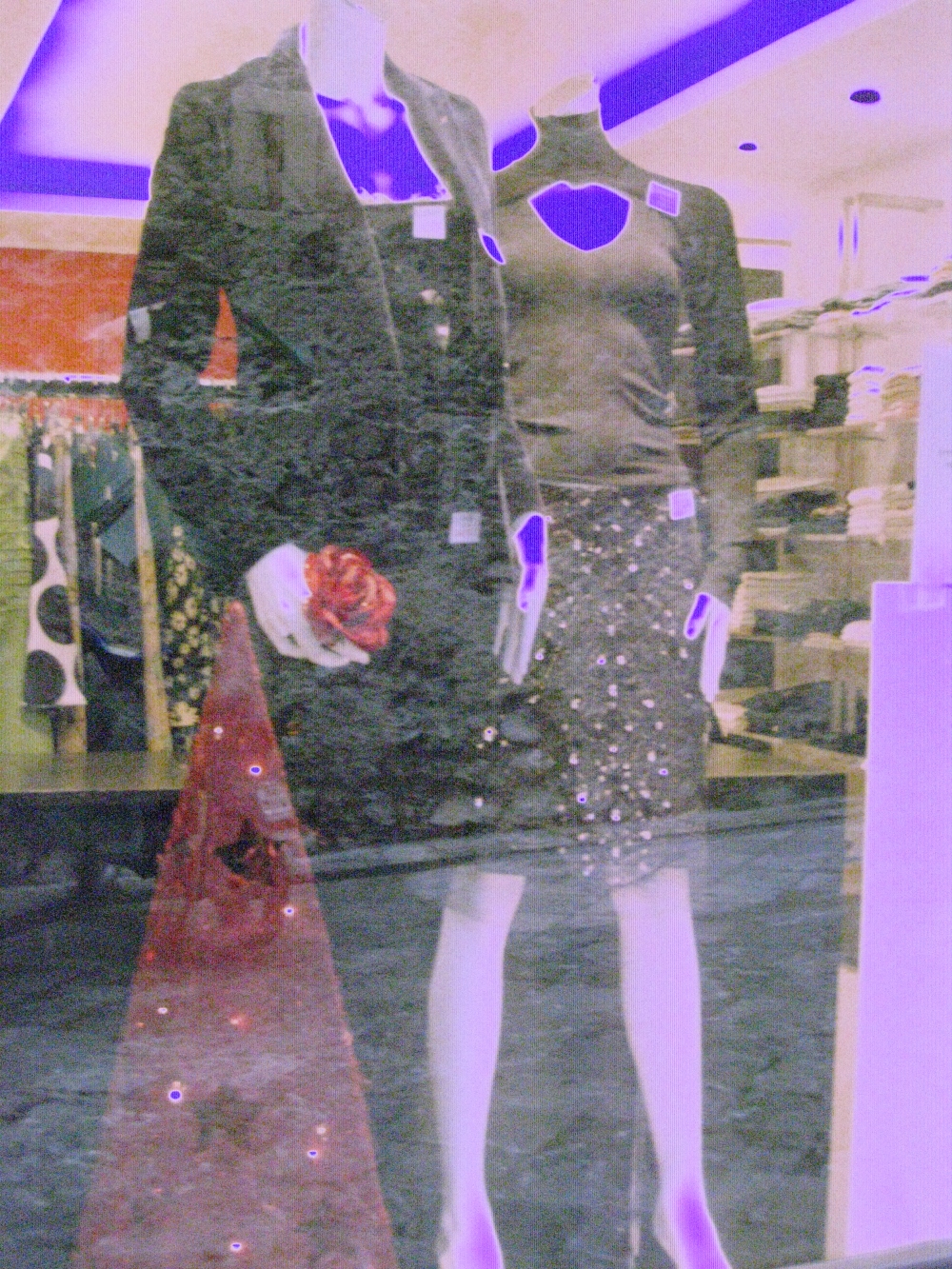 Miraculously, a photographics shop was open in Taormina on New Year’s Day. I trotted into the shop, offending camera in hand, and in my best Italian explained that it wasn’t working. To demonstrate, I pulled it out of its case and turned it on. Wouldn’t you know it? The screen showed a perfect image, no pink anywhere. What a stupid ‘Inglese’ I was. As I left the shop I could still hear the three assistants laughing at my error. Hrmph.

And so, for the next day or so, the camera behaved just as it should, but on the drive back to Palermo, it had a relapse. As we stopped to photograph Etna, all was going well: 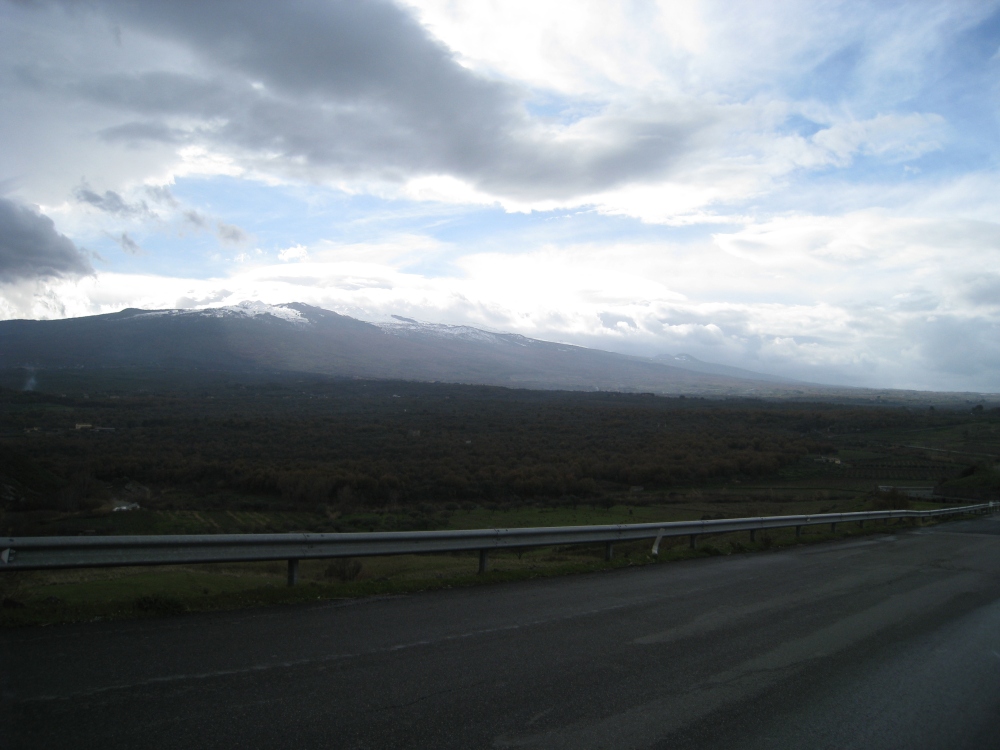 But minutes later The Canon and I were once more tainted in our outlook: 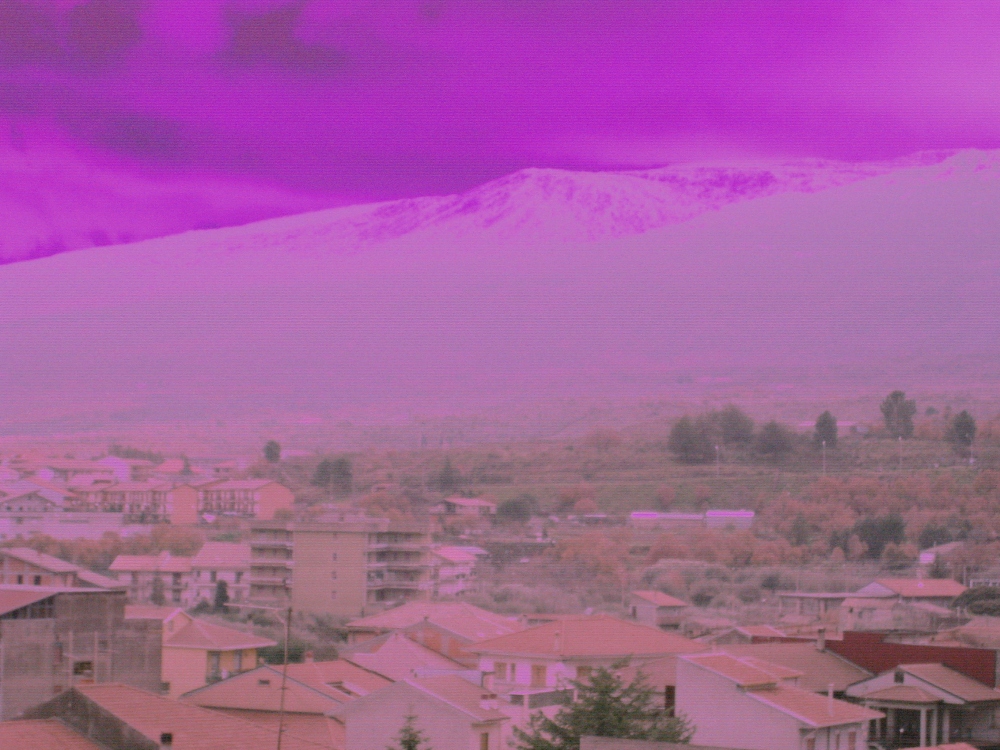 It seemed we were into apocalyptic-style photography now. 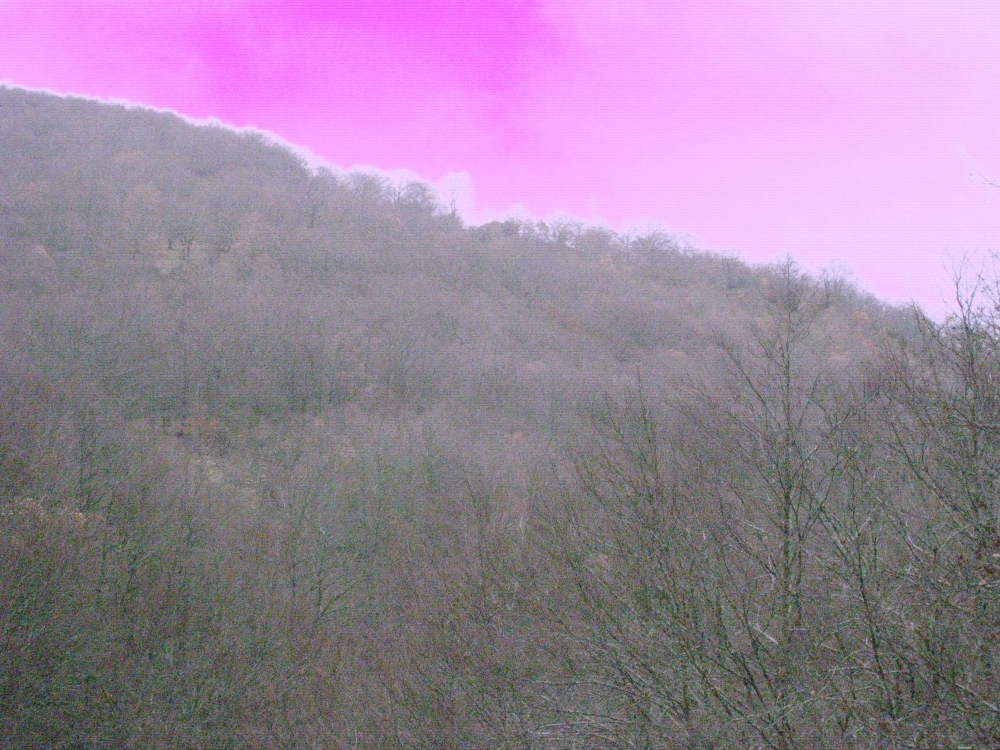 By the time we got home, the camera was perfectly happy once more, doing precisely as it was told at all times, so I put its pink episodes down to internal damp and a change in air temperature around Etna.

And so, months and much use later, Monsieur and I sat in the sun on our first day in Sardinia. I took out my camera, turned it on and BOOM it went all pink on me again. Perhaps it’s something about these Italian isles that makes it blush so. This time it only lasted for a minute or two before behaving perfectly for the entire trip. I guess it must have been disturbed by the in-flight air pressure. What a delicate little thing my camera is. Lesson learned: never, but never should I use my Canon to take photos in the rain.

(I’m considering my next digital camera as this one is going to die soon. Its LCD screen is growing a big black hole. My previous powershot was bulky and needed batteries but had one of those little turn around screens on the back so when you weren’t using it, you could close it up against damage. Any recommendations you have for the next Epicurienne camera would be most welcome!)