At long last, I flew to Amsterdam for Blog08 last week, with the clogs I’d promised to wear packed dutifully in my case. Friday’s conference was packed with interest and Monsieur joined me on Saturday for some Amsterdam sightseeing. We packed five museums and a lot of clog photography into the weekend, and then we flew home. Separately.

As part of my competition prize had included flights, I was taking KLM. Monsieur, meanwhile, had a free flight on BA courtesy of a diligent accrual of points with his favoured airline. His flight left Schiphol an hour before mine but I didn’t get home until three hours after him; instead of racing onto the Heathrow Express homeward-bound, I was instead the subject of a Very Special Greeting by customs officials when KLM landed at Terminal 4.

As we filed off the plane, an official instructed us to walk single-file along one side of the corridor so we could be sniffed by a drugs dog. When it came my turn, I fully expected the dog to take a cursory sniff and move on, but he didn’t. Apparently I smelled GOOOD, so as his nose went all around my nether regions, I wondered what could be so interesting about me. Then he sat at my feet and looked up at his handler. That was the sign. According to the hound I was a problem so I was waved out of the corridor and taken aside.

An official took my passport and asked a number of questions as he worked his way through my previously neatly-arranged carry on bags. Meanwhile, my fellow passengers walked past, casting looks of disdain in my direction. ‘Great. They think I’m one of those people on Airport, with all sorts of illegal substances ferretted away on my person,’ I thought to myself. I already knew that they couldn’t be more wrong;  sauvignon blanc is my substance of choice and unless they considered that to be Class A on a list of drugs (I’d just consumed some on the flight) then I was going to be a complete waste of their time. 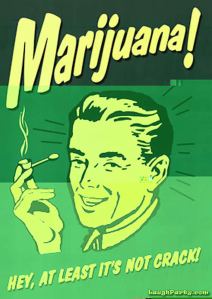 The officials separated me from my bags and brought the dog back. He didn’t find anything of interest in my carry-on, so they brought him across to sniff me again. His nose kept finding its way to my crotch in a disturbingly-insistent fashion. Perhaps he thought I’d squirreled some narcotics into a particular orifice? Thoughts of latex gloves started to feature in my mind. Whatever would I tell Monsieur?

The main official overseeing this investigation told me they’d now have to fast-track me through customs and retrieve my suitcase from the conveyor. As we approached a customs desk from a side gate, my seat neighbour, a visiting professional from the Phillipines with whom I’d had a friendly in-flight chat, looked directly at me. She frowned and shook her head before turning away. Oh joy. Now it was confirmed in my fellow passengers’ heads that I was a drug-runner. How little did they know! My face burned.

On the way down to baggage collection, I turned to the official.

“I hope you don’t mind me being graphic for a minute, but I have my period. Could that be a factor in what the dog can smell?”

“No,” he replied, “the dog is trained to sniff out Class A drugs.”

That was the end of that Epicurienne theory. It had only occurred to me because I’ve noticed that when it’s that time of the month, dogs take an extra-special interest in sniffing girls. Apparently we give off a similar smell to a bitch on heat. (Some might say that’s exactly what we are, but I couldn’t possibly agree.)

Wondering now if someone could have planted something in my case when I left it at the hotel after check-out this morning, the officials and I collected my luggage before going to the red “Something to Declare” section of the customs exit. There my case was opened and underwear, nightwear and big, wooden CLOGS bared for all to see, along with a pack of tampax. With two pairs of clogs in my luggage, I certainly can’t have been your usual suspect. I answered questions about what I did for a living, how long I’ve lived in the UK, why I was in Amsterdam (I won a blogging competition) and with whom I’d been travelling. When I explained that my fiancé had been with me but had flown back earlier, faces frowned again. They probably thought Monsieur was the drug baron and I was his mule. Poor Monsieur. I was quite relieved he wasn’t there to see this.

Little pieces of drug-sensitive cloth were rubbed around my suitcase and on my clothes before being put into a sniffer machine. Negative, negative came the machine’s response to the situation. Had I used drugs in the past two weeks, they asked. No, came my reply. Not unless you count ibuprofen. Would I be averse to a urine test to prove that? was the next question. Not at all, I replied whilst thinking ‘Where’s the cup? Just give me the cup. I’d gladly pee into any receptacle if that’s what it takes to get out of here and GO HOME.’

By now I could see that the officials were somewhat perplexed. As they told me, I’m well-spoken, obviously professional and could prove my reason for a visit to Amsterdam (no whacky backy required). Physically, I was on form (apart from blushing with shame at being escorted through the airport by uniformed officials). I wasn’t shaky or red-eyed, didn’t stink of an all-nighter or three like many visitors to the grass-capital of Europe might and was relatively calm considering the massive embarrassment I was currently enduring. Apart from a canine with an interest in my crotch, there was nothing to show that I had any contact with drugs. 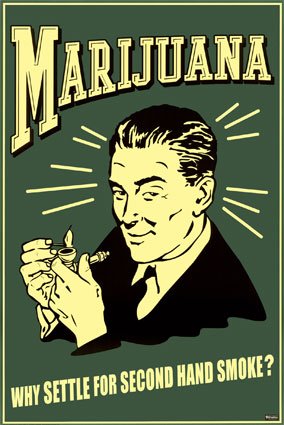 Then a female official came up to me.

“Can I ask you a personal question?” she asked,

“Of course,” I replied (still wondering when I was going to be taken away for a more thorough inspection),

“You don’t by any chance have your period?” she ventured,

“I’ve told my boss that you should be allowed to go. You’re too helpful to be a druggie. We can’t find any evidence of drugs here. We’ll just say that the dog was wrong.”

He continued “You may simply have sat in a seat where someone using drugs had been before you.” God bless the liberality of Amsterdam. Major sarcasm intended.

So with that, I packed up my suitcase, clogs included, and left for home. Home, sweet home. I wouldn’t be in the clink tonight. As Monsieur later told me with a big, comforting hug, “Darling, I just can’t let you travel on your own, can I?” He might just be right.

PS I have debated with myself all morning whether or not to write about this because I don’t usually get so personal. Although the dog was obviously barking up the wrong tree, so to speak, causing a great amount of embarrassment and inconvenience to all concerned, I have to say that the customs officials dealing with me were polite and professional. At the end of the ordeal, they apologised and admitted that an error had occurred. However, because I never realised that something like this could happen, I do think it’s important for Epicurienne readers to take note of my experience, just in case the dog ever gets it wrong with one of you.