Last year, on a visit to the medieval village of Provins I was delighted by this beautiful little carousel:

Sadly, no one was riding the horses or jumping into the hot air balloon basket. The music wasn’t playing and the carousel guardian slouched in his seat, puffing cigarette smoke into the hot afternoon air.

The submarine was straight out of 20,000 Leagues Under the Sea and the hot air balloon reminded me of Around the World in Eighty Days. Perhaps the carousel was designed in homage to the great Jules Verne? 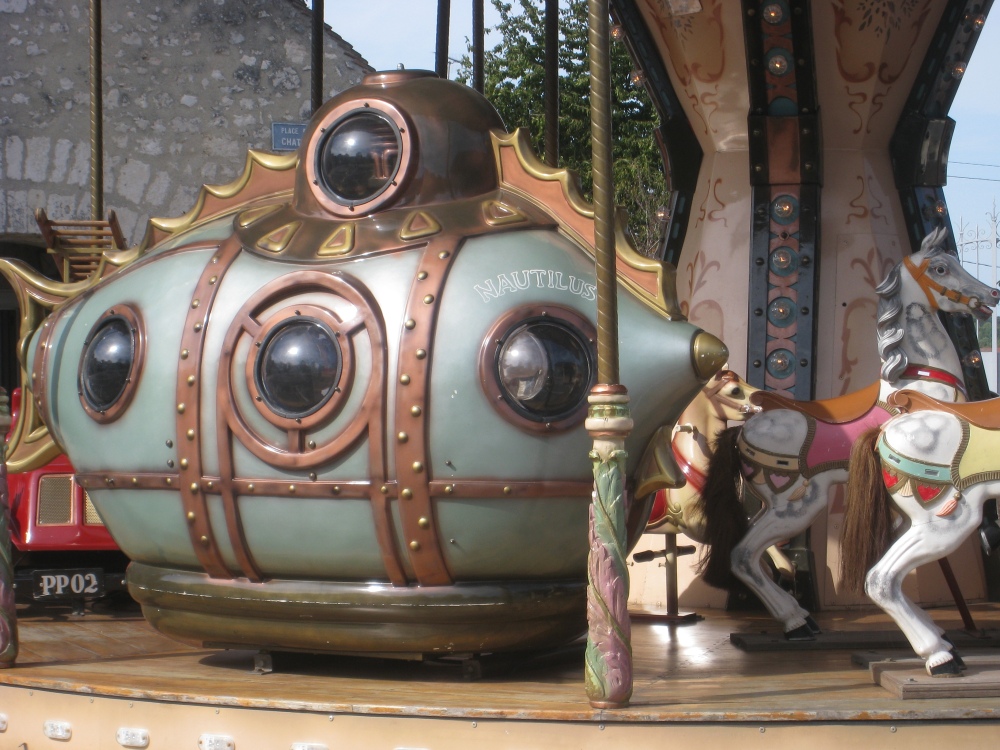 I have a soft spot for hot air balloons because Monsieur took me on a balloon trip the morning after he popped the question… But he wasn’t too thrilled when I suggested hopping into this one, especially as it wasn’t going anywhere, not even around in circles.

Isn’t this little plane absolutely wonderful? I can imagine the children of Provins fighting over who gets to ‘fly’ it.

Named ‘Le Petit Prince’ it reminded me of Antoine de Saint-Exupéry, a  great aviator in his own time until his plane went missing with him in it. He’s someone I’d like to have met.

Now for the odd one out (no, not the horses): a fire engine? Really? What does that have to do with intrepid exploring? If you can work out why it’s there, please do let me know.