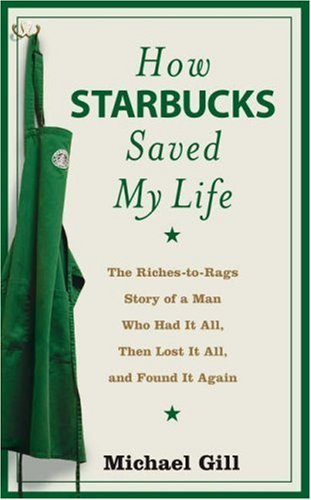 In recent years, I’ve found one of the most efficient conversation starters to be “what do you think of Starbucks?” The opinions fly about as fast as Roadrunner on his sixth triple espresso, and there’s often the feeling that it’s a bit uncool to admit to liking Starbucks, just like when it wasn’t cool to like Abba. Don’t get me wrong; there’s always a handful of brand-faithful caffeine addicts ready to share their love of vanilla frappuccinos, Christmas gingerbread or eggnog lattes, caramel macchiatos or the reliability of the simple flat white. On the other hand, there are plenty of folk who make no secret of their disdain for the world’s most famous coffee house.

Some people hate Starbucks because it’s everywhere. Others love it because it’s everywhere. It would seem the jury’s still out, especially because of the effect of Starbucks on the small, old-fashioned coffee shop which has been fast-disappearing, unable to keep up with the larger coffee chains. Think: You’ve Got Mail, only with independent cafes, instead of bookstores, being put out to pasture by the new big boy on the block. Given all the different opinions, the argument seems nowhere near being resolved. Then, in one online dispute between some of my fellow bloggers from different cities around the world, each with their own Starbucks (plural) nearby, I learned something new about the coffee giant: in the States Starbucks is respected for the benefits it offers its employees and the fact that it has a notable non-discriminatory recruitment record. That piqued my interest. Gay, straight, young, old, black, white, with or without qualifications. If you’re willing to work, you’re almost assured of a job at Starbucks.

A while ago, I picked up a book in a charity store. It was called ‘How Starbucks Saved My Life’. It sat in my To Read pile until recently, when I found I could not put it down. The author, Michael Gill, tells the tale of his successful career, for which he sacrificed Christmas with his kids and quality family time as he jetted around the States and beyond in the name of advertising. Not so clever in hindsight, he finds. He never considered that the agency for whom he worked would axe him. No, he really believed he’d be there until he retired, but the agency didn’t see it that way. Suddenly, and without further ado, Gill was fired. His face no longer fit the image of the agency.

One failing consultancy, an affair, a love-child, a divorce and a tumour later, Gill finds himself down-and-out, applying for a job at Starbucks. Instead of feeling embarrassment at taking a blue collar job with very basic hourly wage, Gill surprises himself by realising how much he enjoys his new, simpler life. He makes new friends, looks back at past experience with fresh eyes, learns to take pride in all aspects of his new-found work, including toilet cleaning, and starts to reassemble the different parts of his broken life. It’s inspiring.

Some cynics would say that the Ad-Man in Gill saw an opportunity here; by writing about his experience of such a global brand, he’d get his book noticed, and he did. I don’t have a problem with that. Others might complain about Gill’s name-dropping, which did annoy me at times, but we should remember that until he lost his job in advertising, Gill really was a major player in that world, so a certain amount of his past-life involved schmoozing high-profile people. What impressed me, however, was how the once-grand man with everything learned to take pleasure in simple things and be grateful for them. Once upon a time Gill would have taken his ad-agency remuneration package, including health care benefits for all his family, for granted. He is now almost pathetically grateful for the health care he receives through Starbucks. In the past Gill would have been scared to cross paths with some of his co-workers, from starkly different backgrounds to his. Now they share music and anecdotes and learn from each other’s life experiences.

Gill works hard and steadily, getting himself into a new groove and routine. He overcomes fears, confronts his failings and learns enough about coffee to run tastings for colleagues and guests. I’d say that’s pretty admirable for a man who only recently thought he was on the scrap heap for good.

Apparently Tom Hanks thought Gill’s tale was worth further attention, because he bought the film rights. The film version of How Starbucks Saved My Life is listed on IMDB as being a 2012 release, so we’re going to hear a lot more about the global coffee king before too long.

Before you all jump on your soapboxes to tell me that I’m evil for supporting what one acquaintance calls The Devil’s Coffee House, just remember that my day job is in Human Resources. In recent years I’ve had to tell too many good people that they needed to find a new way to cover their rent/ mortgage/ school fees/ loan repayments and credit card debts because their job had ceased to exist. I’ve seen grown men and women sway with catatonia and cry, and it’s been soul-destroying for all concerned.

We weren’t alone; the credit crunch has forced many companies to shrink their staff numbers or close down completely, and many firms use the credit crunch as an excuse to remove non-contractual benefits and cut salaries. Often the business reasons for this have been valid. At other times, you’ll find they’re a tight-fisted pretext for making those at the top richer and Joe Bloggs poorer. Of those still in work, most of us are worse off than we were four years ago. So when you’re jobless, sixty something, down on your uppers and are accustomed to having coffee served to you as opposed to serving it to other people, but have never made cappuccino foam in your life, what do you do? Take a leaf out of Gill’s book and head for Starbuck’s. Then ask for an application form. In this tough climate, Starbuck’s is rare in not pulling the plug on staff benefits and however you look at it, the list of benefits for U.S. Starbucks workers is impressive. They cleverly call it a ‘Special Blend’. Here’s a brief summary of benefit components that a Starbucks partner might expect, taken from the U.S. website:

When it comes to finding out what benefits a UK Starbucks partner can expect, there is a curious lack of information on the UK website, but I did manage to find out that Starbucks intends to introduce an NVQ training scheme for their staff from next year, with an MBA-style programme for senior managers currently in development. These courses and more will be available to partners through the Starbucks University, helping them to gain education whilst working, whatever their level.

As for Michael Gill? He’s written a second book, called How to Save Your Own Life: 15 Lessons on Finding Hope in Unexpected Places, but according to a quote on his website, he is intent on keeping things simple.

“I have heard from literally thousands of people who have told me that they have benefited from my surprising story,” Mike says, “I think because my life is irrefutable proof that simply acquiring things does not bring happiness. In fact, the contrary has proved true for me: losing a lot of stuff frees me to be truly me. There is a cost to working 12 hour days like I used to do, or striving to keep up a big house and a big life. There is a freedom to going through life without a lot of heavy status stuff—and just giving yourself the chance to do what you were meant to do, and be who you were truly meant to be.”

Sounds like someone’s been talking to the ghost of Epicurus…

Do you have a comment to make about The Devil’s Coffee Shop? Let’s debate. Let me know YOUR experience of Starbucks, good, indifferent or bad – all opinion is welcome here. 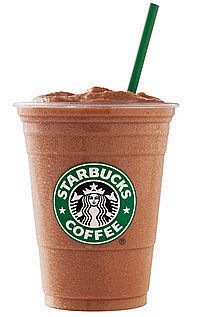