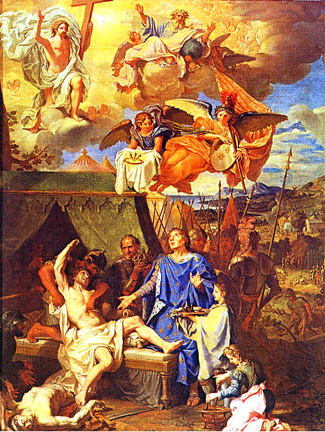 On a recent visit to Paris, we rendezvous-ed with an old friend of Monsieur’s on a Friday evening. He zoomed across town on his scooter, arriving in a flush of excuses “so sorry I’m late…” and then a lot of finance-world explanations which I don’t understand in English, let alone French. In fact, Old Friend wasn’t more than fifteen minutes late to meet us, so he was far from being sent to Coventry, and more than made up for any tardiness by leading the way to a bistrot he’d discovered on rue Casimir Perier.

As we walked down a zig-zag of back streets towards that evening’s meal, Old Friend gave us a preview of our destination. “I was brought here a few weeks ago for a business dinner. It was a bit quiet that night and the atmosphere seemed old-fashioned, but the food’s great! They even serve marrow in the bone!” his excitement was infectious (in spite of comments about marrow being banned during mad cow years), and my mouth started to water. “I went back a few nights later and it was a completely different atmosphere – young, fun, crowded…” as it was when we walked through the door to one of the best meals we’ve ever eaten in Paris.

Old Friend had obviously visited Restaurant Le Basilic a number of times in the previous weeks because the maitre d’ welcomed him like an old friend. (We later learned this was due to a late-night session at the bar where they bonded over some fortified wine from Bourgogne, stumbling off home in the very small hours.)

As we settled into a booth, I checked out the decor. It was, as Old Friend had suggested, a renovated bistrot/brasserie with many of the original features: large mirrors, brass lighting sconces, red banquette seating and dark wood floors. But there were a few quirks of style to make sure you were paying attention, such as the life-sized sculpture of a sheep on the terrace. It served as a seat, was humourous and arresting, and caused patron after patron to stop in their tracks with that look that says ‘I wonder if I’ve drunk too much?’

The suggested apero was called ‘une piscine’, or swimming pool. Served in a red champagne cup, it consists of bubbly on ice and is a Piper Heidsieck marketing ploy to get people drinking their champagne in their branded glasses. Very refreshing… and although new to me, apparently this is a style of serving champagne that is already well-known in the Riviera.

The menu featured traditional French offerings with heavy Basque influences. We decided to choose a starter each, adding Old Friend’s recommendation of marrow in the bone as a fourth option, and tried a bit of everything. We had a black pig jambon serre (apparently this is the best kind of cured ham to be found in France), red tuna marinated herring-style, and red peppers stuffed with a fishy farce. All were tasty; I even braved a taste of marrow spread onto a piece of baguette, in spite of the offputting slices of bone out of which it came! Everything was tasty, but the red tuna was incredible. It looked raw but tasted slightly smoked, with a tougher texture than you find in either raw or cooked tuna. Drizzled with oil and a handful of small, pickled vegetables, I could easily order this again right now.

As main courses we each chose a different fish . Mine was raie on a bed of spinach. Tasty and light, it was perfectly seasoned with a sprinkling of capers to add flavour. Old Friend wasn’t in the mood for meat tonight, but tipped us off that gigot of lamb is what this restaurant is best known for.

As a sweet I ordered a ‘colonel’. This comprises scoops of lemon sorbet swimming in a shot or two of straight vodka. Once finished, I felt a warm glow of alcohol blush hit my face and had to go outside to cool it by the sheep in the fresh air.

By now, the boys were hitting the fortified Burgundy that was responsible for Old Friend being so matey with the maitre d’ and therefore, for the personal service we were receiving tonight. O.F. explained that it’s made from the second tier of grapes in the Burgundy harvest before being fermented into a brandy. It was lethal at this time of night; my eyes were only open with sheer will force and had I not felt as if I could fall asleep right then and there (as anyone who knows me will attest, this is not so funny as I will not wake up until ready to move, which could be hours away) I probably would have enjoyed another glass or two. As it was, Monsieur and I had another busy day ahead of us so had to bid adieu to Old Friend, the bottle of brandy, the cute girls who were giving our friend the welcoming eye, and the sheep. On leaving Old Friend at the bar, perhaps to continue his ongoing appraisal of the brandy and/or the girls, we walked past the church next door. In fact, it was another sort of ‘basilique’; this time a stunning construction dedicated to Sainte Clotilde (475-545), a feisty Burgundian lass who converted her husband. Clovis, King of the Franks, to Christianity. Perhaps, following a day of hard converting, she, too, enjoyed the Burgundian brandy that we’d sampled tonight, and yes, we will be back for more…